The arrival of Apples’ newest iPhone is always a topic of much debate. This year Apple has been criticized by some for botching their own debut, releasing a tweet to the public highlighting some of the top features of the new phone prematurely. However, whether or not you chose to upgrade your hardware, Apple has also released a new iOS version, iOS 10 alongside the new iPhone. The team at Deksia put together just a few of the features we are most excited about within iOS 10 below:

That’s right, iOS 10 will now take a few seconds after each call to transcribe your voicemails into text. Find yourself in a business meeting and miss an important call? Well, with iOS 10 you may be able to shoot back a text response without disturbing your fellow board members. Source – Lifehacker

Apple maps updates provided by iOS 10 will now save your car’s parked location. However, in order to use this feature you’ll need to sync your iPhone up to your car’s Bluetooth or Apple CarPlay first before this new feature is accessible.

There have been significant improvements made to Siri in iOS 10, however, that’s not to say that there is still huge room for improvement (eh hem, Apple). But, to appreciate the changes that have been made, it’s worth noting that Siri now has the ability to access some of your third party apps. Now you’ll be able to jot down short notes in Evernote or call yourself an Uber using Siri, assuming that you are perfectly articulate and there is absolutely zero background noise. – Source 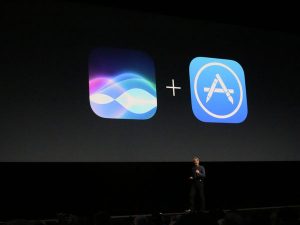 4) The Photos App is Scary Smart

Go ahead, search in your new Apple Photos app for a keyword, theme, or activity. You might be shocked by how much Apple is able to infer about your photo based on time and place data, among other attributes. Or, you can start by viewing the “People” album; you’ll see a neatly organized grid of faces that are commonly shot with your phone. In short, there are many updates to the Photos app that may prove to be incredibly useful to the social media manager who is constantly taking & managing their photos for online content. – Source 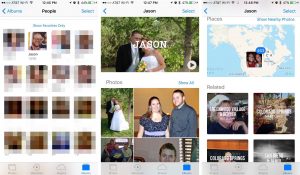 The Turing test, developed by Alan Turing in 1950 set out to determine a machine’s ability to exhibit intelligent behavior similar to a human’s. Well, today’s iOS 10 updates within the Quicktype feature may put us all in one long on-going Turing test. Within messages, if someone asks “where are you”, Quicktype will comprehend the question, and provide you with a preloaded link to your current location. Convenient? Yes. Scary, also yes. 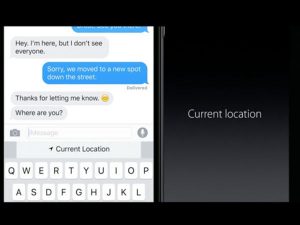 What’s your favorite iOS 10 feature? Tell us by tagging Deksia on Facebook or tweeting to @Deksia!

Check Out These Industries Booming During COVID